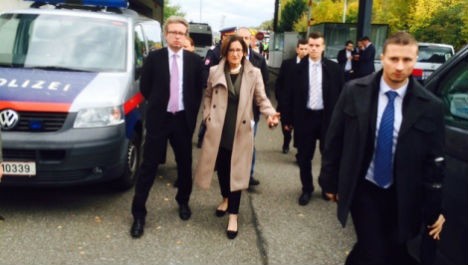 The move was confirmed on Friday by the chief of staff for Chancellor Werner Faymann, Josef Ostermayer, who stressed that the fence would encourage an “ordered inflow and not a barrier”.

The 3.7-kilometre fence, which will take around six weeks to put in place, will be the first of its kind between two Schengen countries in Europe.

Discussions about the plan have been ongoing for a few weeks, with Interior Minister Johanna Mikl-Leitner first announcing the idea at the end of October.

Mikl-Leitner says the original plan was to install a 25-kilometre fence, which was put on hold after Slovenia offered first to “increase border security measures by erecting a fence to create a safety corridor”.

The flow of migrants through Slovenia and into southern Austria dramatically increased after a series of fences were put up by Hungary on its borders with Serbia and Croatia last month, which resulted in many migrants choosing alternative ways to get into Europe.

Many opted to make their way instead to Slovenia, also in the EU, putting pressure on the Slovenian borders which led to the country installing fences along some of its border a few days ago.

Sweden, one of the most popular countries in Europe for migrants and refugees, has also introduced temporary border controls this week.

Austria is expecting around 95,000 asylum seekers this year and is one of the countries taking the highest number of applications per capita, although tens of thousands more have crossed over the country's southern borders in recent weeks as they made their way to northern Europe.

Mikl-Leitner confirmed that if this flow is not brought under control by Slovenia's efforts to secure their borders, Austria would still move to install the longer 25-kilometre fence on the 330-kilometre border between the two countries that had originally been planned.

The news comes amid growing concerns over the collapse of Schengen agreement, whereby citizens of certain EU countries can move freely between them without a passport, are running high with EU President Donald Tusk warning this week it was “a race against time” to save Schengen.

According to Mikl-Leitner, the latest fence still “conforms to the Schengen accord” and was only a temporary measure.

Speaking a few weeks ago, the Secretary-General of Amnesty Austria, Heinz Patzelt, told Ö1 that fences are “a symbol of a lack of solidarity” – and that barriers would not deter refugees from trying to enter Austria. 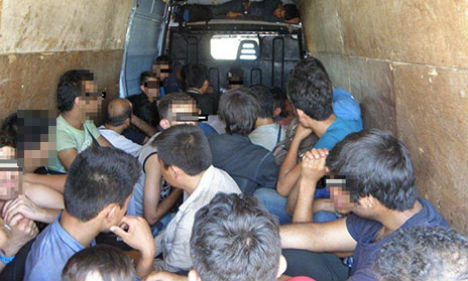 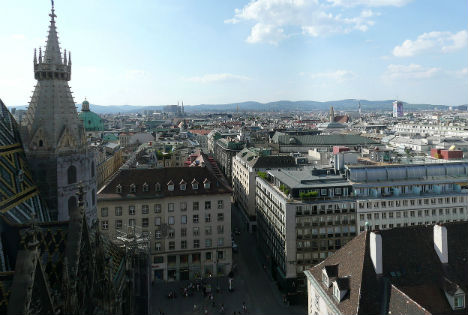 IMMIGRATION
Refugees being ‘ripped off by private landlords’

IMMIGRATION
Refugees being ‘ripped off by private landlords’
Url copied to clipboard!