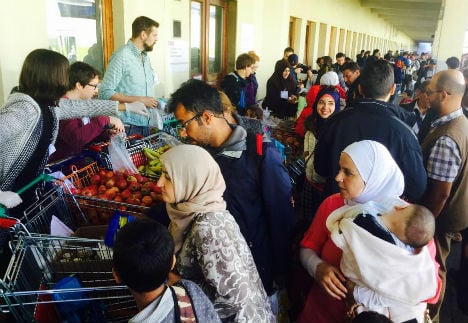 Despite the extra burden, Austria's public deficit would nevertheless stay well below the European Union's prescribed ceiling of 3.0 percent of GDP, Schelling added.

The largest chunk — around €565 million — will go toward basic care measures like housing, food and health insurance, as well as work and integration programmes.

A further €345 million has been earmarked for individual Austrian states as they face unprecedented costs of handling the refugee influx.

Austria has seen more than 200,000 migrants enter the country since the beginning of September, most of whom travel onwards to Germany or Scandinavia.

But this year's surge in asylum requests has made the Alpine country of 8.5 million people one of the highest recipients of migrants in Europe on a per-capita basis.

The continent's biggest migration crisis since World War II has reignited a long-standing EU debate about the bloc's budget rules.

Last month, Schelling made a plea for the European Commission to apply a special clause in the EU's Stability and Growth Pact allowing the deficit ceiling of 3.0 percent of output to be exceeded in exceptional circumstances.

But Germany — which expects 800,000 refugees this year — rejected the calls, saying the refugee crisis should be kept separate from the debate over national budgets.