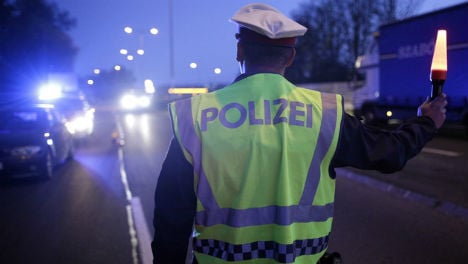 The 38-year-old woman, who was sitting in the passenger seat, was meant to be supervising her daughter, who was practising for her driving test in the Upper Austrian town of Steyr. But when asked to take a breathalyzer test by police she was found to have a blood alcohol level of 0.96 per mille.

The woman’s husband, who was sitting in the back seat, was also over the legal limit – and police had to call a sober member of the family to come and pick them up and drive them home.

Austria has an alcohol limit for drivers of 0.5 per mille. Novice drivers and anyone accompanying a learner driver should not have over 0.1 per mille.

Police stopped the family at around 6pm, as part of a routine check on the B122 outside Steyr. The driver’s mother was visibly drunk and so police asked her to take a breathalyzer test.

The 18-year-old girl had not been drinking, but she had no license and so should have been accompanied by a sober, licensed driver. The mother has been told she may no longer take her daughter on practise drives and she could receive a fine of up to €5,000.

ÖAMTC lawyer Corinna Hotz said anyone accompanying a novice driver must be responsible for checking that their ‘student’ respects road laws and should be ready to take the wheel if necessary. 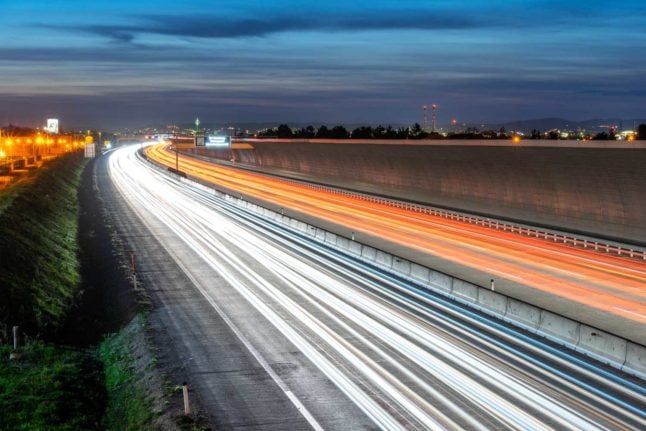 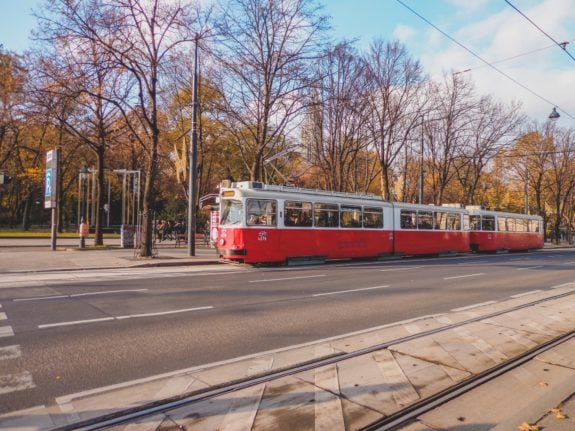 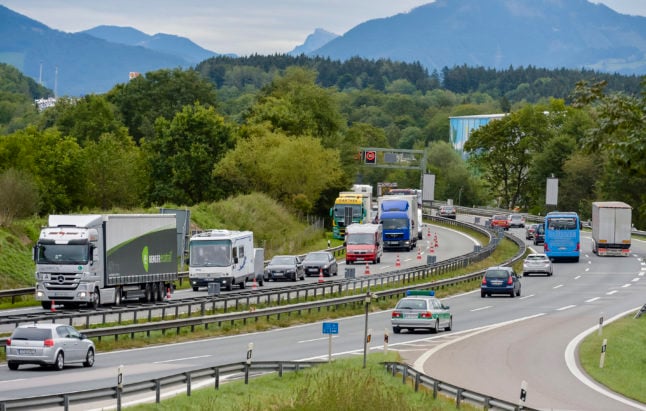 Austria might be neighbours with Germany but that doesn’t mean they share the same rules when it comes to driving on a motorway (autobahn).

In fact, there is a strict speed limit in Austria, as well as other rules regarding road tax and environmental factors.

Then there are debates surrounding the reduction of the current national speed limit in a bid to lower the consumption of Russian oil.

To make sure you’re up to date and following the rules, here’s what you need to know about driving on the autobahn in Austria.

FOR MEMBERS: UPDATED: How to save money on fuel costs in Austria

What is the speed limit on the autobahn in Austria?

There are varying speed limits for vehicles with larger trailers or those with a heavy weight and there is also a speed limit of 60 km/h for certain trucks when driving at night.

This means Austria does not have long stretches of motorway without speed limits like in neighbouring Germany.

There have been discussions in the past about raising the speed limit to 140 km/h on Austrian motorways, with particular interest from the Freedom Party Austria (FPÖ).

So far though, there are no indications that the speed limit will be raised and, if anything, there are calls to go in the opposite direction (see below for more).

READ ALSO: What you need to know about parking in Austria

Is there a tax for using the autobahn?

Austrian motorways operate on a vignette system which is a prepaid road tax issued as either a physical sticker for the windscreen or digitally.

Vignettes can be purchased at outlets across the country, such as petrol stations, service stations and some tourist information offices.

A vignette can be purchased for 10 days, two months or on an annual basis. For drivers that regularly use motorways in Austria, the annual ticket is the most economical option at €93.80 for a car or €37.20 for a motorbike (2022 prices).

Prices for the vignette are set by the Federal Ministry for Climate Action, Environment, Energy, Mobility, Innovation and Technology. The Motorway and Expressway Finance Company (ASFINAG) is responsible for issuing vignettes.

Compliance with the vignette is monitored through the use of control cameras on Austrian motorways. For cars or camper vans with no or an expired vignette, the fine is €120. For motorbikes the fine is €65.

If anyone is caught with a tampered toll sticker, the fine is €240 for a car or campervan and €130 for a motorbike.

The political climate and the impact on driving

Greenpeace Austria recently called for the national speed limit on the Autobahn to be reduced to 100 km/h to save on fuel and emissions, as reported by the Kronen Zeitung.

The announcement follows EU sanctions on Russia in response to the invasion of Ukraine and debates within western governments on how to wean themselves off a dependency on Russia oil and gas.

According to Greenpeace, lowering the speed limit would reduce our usage of petrol and diesel as driving at a lower speed uses less fuel. This would then help towards reducing the amount of oil Austria needs to source from Russia.

Clara Schenk from Greenpeace Austria told Ö1 Morgenjournal that lowering the speed limit would have a “measurable impact” on Austria’s fuel consumption.

This was echoed by Johannes Wahlmüller from GLOBAL 2000 who said: “In principle, reducing the speed is a very simple and inexpensive measure to both save CO2 emissions and reduce fuel consumption.

The principle arguments in favour of reducing the speed limit are that it is easy to implement, can save motorists money and can lead to quick results.

In fact, a 100 km/h speed limit is already in place on some roads when the air quality requires it, such as on the A1 Westautobahn between Linz and Vienna and on the A12 in Tyrol.

But on a national level, such a move could be politically hard to impose and there are calls to lower tax on fuel instead to combat rising prices. Motorist clubs ARBÖ and ÖAMTC support this approach, as well as the Chamber of Labour, the Chamber of Commerce, the Social Democratic Party of Austria (SPÖ) and the Freedom Party Austria (FPÖ).

What is the situation elsewhere in Europe?

Germany is known around the world as a country with relaxed motorway rules when it comes to speed, but discussions surrounding a national speed limit have picked up pace in recent years.

The main reason for this was environmental with many people saying they would be willing to lower their driving speed on motorways to reduce emissions.

In the past week, both Greenpeace Germany and Environmental Action Germany have again raised the issue of introducing a speed limit on motorways, but this time to reduce the consumption of Russian oil, as well as emissions.

They claim that a reduction in speed could save 3.7 billion litres of petrol and diesel, as well as 9.2 million tonnes of CO2. 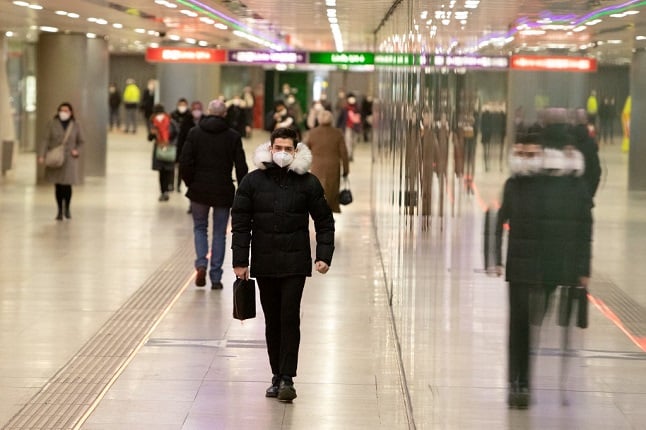 VIENNA
The best commuter towns if you work in Vienna
Url copied to clipboard!