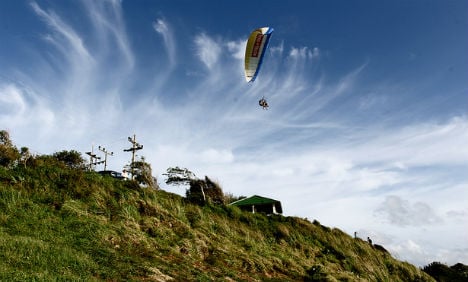 The 34-year-old was meant to meet a colleague on Thursday afternoon but instead chose to hike up the Gaisberg mountain near Salzburg, the APA press agency reported on Friday.

She decided to send her acquaintance a text message explaining that she couldn't make the appointment after getting caught in a tree while paragliding.

Worried, the colleague promptly contacted emergency services, who sent no less than 18 mountain rescuers, firemen and police officers to help locate the woman.

An hour after her first message, she fired off another SMS saying she had managed to scramble to safety and was on her way to hospital.

The search mission was called off, but police later discovered that the woman had made the whole tale up. She is now facing a legal complaint for faking an alpine emergency.