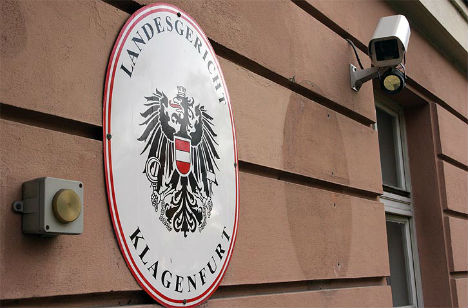 The man, who lives in the Lavant Valley in Carinthia, made a total of 399 entries on the right-wing extremist online discussion site Thiazi.net between 2009 and 2010, some of which glorified Nazism.

He registered on the internet forum a few days before his 18th birthday. The server was in the USA and the forum had around 30,000 users, but was closed down in 2012. The man, who used the name ‘Ostmarkler’ uploaded a profile picture emblazoned with a swastika, with the text “One people, one empire, one leader”.

He suggested organising a demonstration in Vienna in which participants would wear SS uniforms, and advocated building a Germany that was “worthy of the Führer”, signing off this post with the words “Heil Hitler”. He wrote that he was celebrating his birthday by reading Mein Kampf, and made donations to support the forum.

The 24-year-old told judge Uwe Dumpelnik that he was looking for a community and was trying to impress others with his posts. “Most of my posts were just made up,” he said. He added that he realised he was making a mistake and voluntarily withdrew from the forum in the spring of 2010.

However, the judge challenged him by responding that he had clearly stated that his political views were close to Nazism.

“My client was young and stupid. Nine months later, he was cleverer,” his lawyer said in his defence, arguing that he now had insight and deserved a lighter sentence.