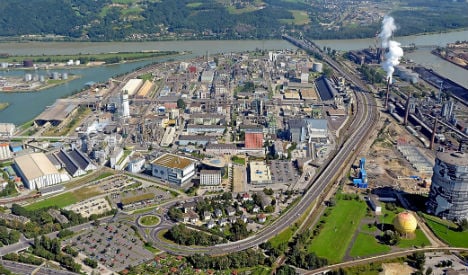 The man, from Peilstein in Mühlviertel, was standing on a stairway next to the elevated tank at 5:30am, when the container exploded. Officials at Nufarm said that pressure had built up inside the tank, and they are trying to find out why.

Police said the blast knocked the man off the steps and threw him ten metres in the air. Colleagues rushed to the severely injured man’s aid and administered first aid but were unable to resuscitate him. A team of paramedics declared him dead at the scene.

Experts from the company are working with police to determine the cause of the explosion. The man’s relatives and colleagues are being cared for by a crisis intervention team.

In a statement, Nufarm said that all safety regulations had been complied with, and that at no time had there been a known risk to any employees. No damage was caused to the plant’s technical facilities, which was running as normal on Tuesday.