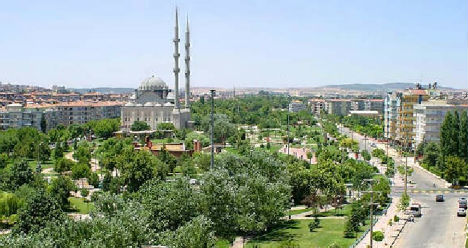 The woman had planned to take a taxi from Gaziantep (pictured) to Syria. Photo: Celal345/Wikimedia

The woman’s family fled with her to Austria to escape the civil war in Chechnya when she was four years old. Her parents found work in Graz and she completed her high school education there.

Towards the end of 2013 she became more religious and interested in Islam and sometime in early 2014 she came into contact with a German man via the internet who had converted to Islam several years ago. The prosecutor said that he had become radicalized by people he met in Germany and over the internet.

The pair decided that they would travel to Syria together and get married there. The German man planned to join Islamic State fighters, and she would take care of their home.

In March she flew from Vienna to Istanbul to meet him, and from there they travelled to Gaziantep in south east Anatolia, from where they planned to take a taxi across the border to Syria. But they were arrested by Turkish security forces before they could leave Gaziantep.

The court in Graz found her guilty of the crime of associating with terrorists. The state prosecutor said that she had put her future family, husband and household in the hands of the Islamic State. The verdict is not final and she can appeal her sentence. The trial was held behind closed doors, with no media present.

On Monday two girls, aged 15 and 16, will appear in court in Graz on charges of assisting a terrorist organization after attempting to travel to Syria, with the plan of marrying Islamic State fighters. They also have Chechen roots.