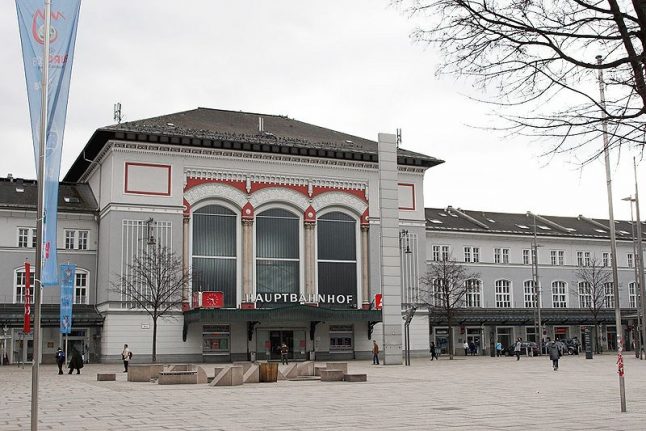 The warning came two days after Berlin reintroduced border controls, slowing down the passage of thousands of migrants from Austria into Germany and causing major road and rail disruption.

On Wednesday, no trains were running from Salzburg to Germany.

“The biggest problems are being created at present by the large number of people being brought privately (to Salzburg station) in cars and buses,” the state of Salzburg comprising the city and the surrounding area in a statement.

“If this continues in this way, a closure of the main train station may become necessary as a last resort,” it said, citing safety concerns caused by the large numbers of people inside the station.

The Austria Press Agency reported that hundreds of migrants were brought to the station in western Austria on Tuesday afternoon in buses, cars and taxis, mostly from the east of the country bordering Hungary.

Train services to Germany were delayed on Tuesday but were however running, including one that left Salzburg bound for Munich with around 700 migrants on board on Tuesday evening, APA reported.

Around 300 migrants were being sheltered in a nearby underground car park.  Further expected arrivals meant that around 1,000 were expected to spend the night, APA said.

Tens of thousands of migrants have entered Austria from Hungary in recent weeks, all but a handful travelling onwards to Germany via train, and mostly to Munich via Salzburg.

But Germany's move to tighten its borders– Austria will also tighten checks from midnight at the Hungarian border — has created something of a bottleneck with around 20,000 refugees stuck in Austria on Monday.

APA reported that between 2,500 and 3,000 were still leaving Austria for Germany on daily basis, but Deputy Chancellor Reinhold Mitterlehner said late Tuesday that there was still a “backlog”.

The migrants “will be able to continue onwards,” Mitterlehner said. “Just not in the same concentrations as we saw before”.

Trains were also taking migrants direct from Vienna to Passau in southern Germany and beyond to the north, missing out Salzburg and Munich.

Hungary meanwhile has effectively sealed its border with Serbia, but it was not immediately clear what effect this would have on numbers entering Austria, or when.

Overnight Monday and throughout Tuesday, around 5,800 people crossed the main crossing point from Hungary into Austria at Nickelsdorf, police said.

Around 5,000 were expected to spend the night at Vienna's Westbahnhof station and in nearby accommodation.