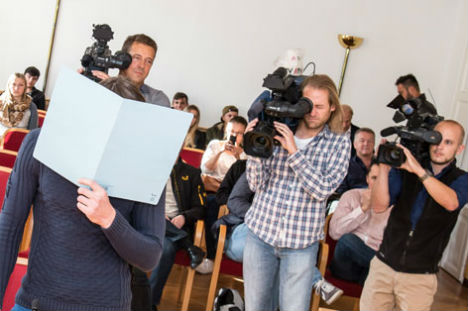 The court in Linz ruled that he must serve ten months of his sentence in prison, and the remaining five at home. During those five months he will be obliged to take part in projects about the dangers of Islamic extremism and will be asked to talk about his crime to schoolchildren.

The man, originally from Chechnya, came to Austria when he was eight years old. He lives with his mother, sister and stepfather in the Linz-Land district. His father was killed in the war in Chechnya.

In December last year the 18-year-old was sent links to a TV documentary and propaganda videos about the war in Syria by a distant relative who is the same age as him. They were in touch over the Internet, and both decided they wanted to join Isis. They saved money and secretly bought one-way tickets to Istanbul.

They were told to wait in an apartment there until an Isis contact would come to collect them and take them to Syria. However, a day after arriving in Istanbul the young man had a change of heart and rang his family in Upper Austria, begging them to come and get him.

He told the judge that he had seen a video on his phone in which Isis fighters shot at civilians from a moving car and he realised “this is not my thing”. His parents travelled to Istanbul to pick him up, but his relative remained and is believed to have gone on to Syria.

The young man confessed to the Linz youth court and said he regretted what he had done, and would not recommend anyone follow his example. The prosecutor said that nonetheless he was guilty of the crime of joining a terrorist organisation and that by travelling to Istanbul he had encouraged Isis.

The court indicated that it might consider some leniency in the sentence, due to the circumstances in which the youth confessed.