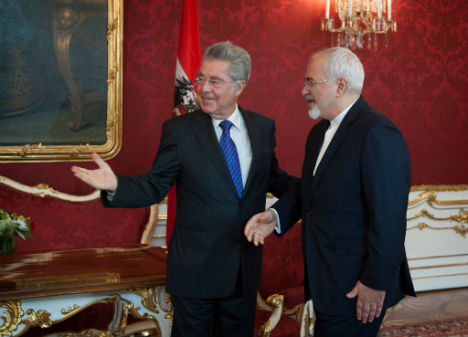 During his three-day stay, Fischer is due to meet supreme leader Ayatollah Ali Khamenei, President Hassan Rouhani and Foreign Minister Mohammad Jawad Zarif, one of the main negotiators of the historic agreement signed in Vienna on July 14th with six major world powers.

The Austrian president is also set to attend an economic conference on Iranian-Austrian relations.

It will be the first visit to Iran by a European Union head of state since Thomas Klestil, a former Austrian president, travelled there in January 2004.

The long-awaited nuclear deal — signed with Russia, France, Britain, China, Germany and the United States — has cleared a path to lift sanctions that have crippled Iran's economy, and should re-open channels for foreign investment in oil and gas-rich Iran.

Neutral Austria, which has long had good relations with Iran, is hoping for a five-fold increase in exports to the Islamic Republic, according to the Chamber of Commerce.

Several other senior European figures already visited Iran this summer, including the EU's foreign affairs chief Federica Mogherini, as well as the foreign ministers of Germany, France and Britain.