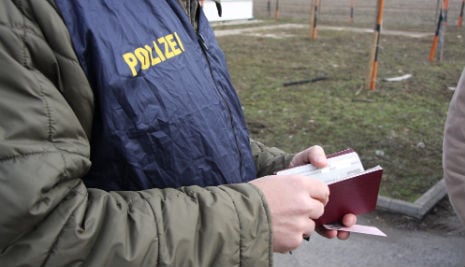 The efforts to strengthen checks began on Sunday evening, with officers posted around the clock between the towns of Deutschkreutz and Nickelsdorf in eastern Austria.

“The main aim is to target smuggling gangs. What is happening here are controls conducted by traffic police and security forces – these are not border controls,” police spokesman Helmut Marban told AFP.

One of the focal points is the A4 motorway, the road where the bodies of 71 dead refugees and migrants, including four young children, was discovered in the back of an abandoned lorry on Thursday.

Shortly after the checks began on Sunday night, nine adults and three children were discovered in the back of a van with French number plates.

The latest stringent checks, with officers waving vehicles over every few minutes, caused a backlog of traffic into Hungary with a queue of vehicle stretching 50 km (31 miles).

Separate to the Austrian border checks, Hungarian police have also reported catching as many as 8,792 refugees and migrants crossing into the country, mostly from Serbia, in the past three days.

Interior Minister Johanna Mikl-Leitner told ORF radio that the checks in Austria will continue for “an undetermined length of time at all important border crossings in the eastern regions.”

Refugees disappear from hospital after being rescued

The move comes after Austrian police said on Saturday they had rescued 26 migrants from another truck on Friday, including three young children who had to be hospitalised with severe dehydration and malnutrition.

Speaking about the condition the children were found in, police spokesman David Furtner said:

“They were so dehydrated and in such a weak condition that they only would have maybe lived for a couple more hours. They would not have survived the journey to Germany.”

The children and their families since disappeared from the hospital in Braunau am Inn where they were being treated, thought to have continued on the journey to Germany instead of seeking asylum in Austria.