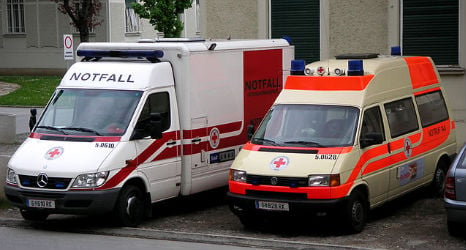 The incident happened on Sunday afternoon shortly before 4pm in Laxenburger Straße in the district of Favoriten when the 60-year-old man stepped out into the road and was hit by the Wiener Linien 556 bus travelling to Vienna's Hauptbahnof.

The bus driver applied the emergency brakes but was unable to stop in time and hit the man, travelling three metres before coming to a halt.

A nurse at the scene tried to resuscitate the tourist but he had received fatal injuries and could not be revived.

Police say the man may have looked the wrong way down the street as he was used to vehicles travel on the other side of the road in Australia.

Police who interviewed the bus passengers as witnesses say the bus driver is not thought to be guilty of any wrongdoing.