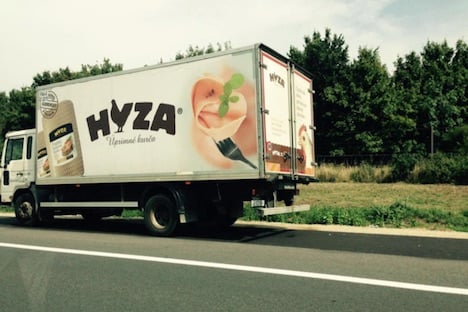 Reports originating from Hungary suggest that three arrests have already been made in connection with the inquiry.

The bodies of 71 dead migrants have been recovered from an abandoned truck found on an Austrian motorway, more than the initial estimate of between 20 and 50, the Austrian government said Friday.

Four children were found among the dead, according to confirmed police reports, aged three, eight and ten, with one infant of around 18 months.

“There was also a Syrian travel document found so of course our first assumption is that these people were migrants, and likely a group of Syrian migrants. We can rule out that they were Africans,” police spokesman Hans Peter Doskozil told a news conference.

Doskozil also said that three people were in custody in Hungary over the tragedy — believed to be the owner of the truck found on a motorway lay-by and two others who were driving.

One is a Bulgarian citizen of Lebanese origin believed to be the owner of the vehicle.

The others — a Bulgarian and another with Hungarian documents — are “pretty certain to be those who drove the vehicle,” Doskozil said.

There were 59 men and eight women among the dead.

The lorry was found on Thursday morning on a motorway near the borders with Slovakia and Hungary.

The refrigerated, 7.5-tonne lorry had Hungarian number plates and the markings of a Slovakian poultry firm. The driver was nowhere to be seen and Austrian and Hungarian police have launched a joint investigation.

German Chancellor Angela Merkel, in Austria for a summit with Balkan leaders on Europe's migrant crisis on Thursday, said she was “shaken” by the “horrible” news.

“This is a warning to us to tackle this migrants issue quickly and in a European spirit, which means in a spirit of solidarity, and to find solutions,” Merkel said.