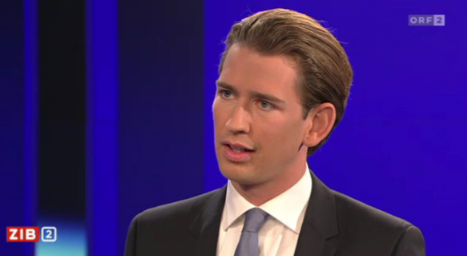 Speaking to the ORF Wednesday evening, Kurz warned that if no solution was found Austria would introduce processes to quickly decide if a refugee had been waved through another European country before arriving in Austria.

Austrian Green politician and vice-president of the European Parliament Ulrike Lunacek criticised Kurz's comments and called for Austria to follow Germany's example and suspend the Dublin regulation for Syrians.

“We are all EU,” Lunacek said. “This needs to be done here in Austria.”

Kurz has also recently commented on the Dublin regulation, which he says is no longer working in Europe.

Kurz was speaking ahead of the West Balkan conference being held today in Vienna between heads of Balkan states and some EU countries, including Austria and Germany.

The conference had meant to be about regional cooperation and prospects for joining the EU but is expected to be hijacked by Europe's ongoing refugee and migrant crisis.

Some 102,000 migrants entered the EU via Macedonia, Serbia, Bosnia and Herzegovina, Albania, Montenegro or Kosovo between January and July this year, compared to just 8,000 for the same period in 2014, according to EU border agency Frontex.

Last week Macedonia declared a state of emergency after being overwhelmed by the volume of refugees entering from Greece. Hungary is also erecting a border fence to try and deter refugees coming from Serbia.

Earlier this week Kurz described the situation as a 'humanitarian disaster' and said: “We have to find a new strategy to support Greece and the western Balkan countries.”