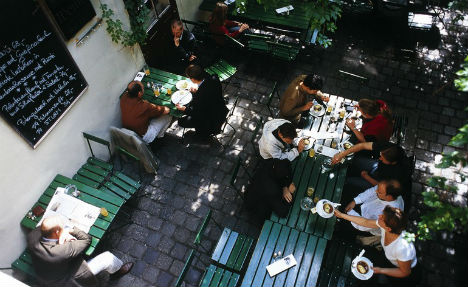 Have you found it hard to make friends? Photo: Vienna-Info

The Expat Insider survey by Internations, a social network for expats, looked at why people relocate, and how satisfied they are with life in their new country. 14,000 respondents from 195 countries answered a range of questions on life abroad.

Ecuador, Mexico and Malta were the top three destinations for 2015. Austria ranked 11th place, after Australia. It scored first place for health, safety and well-being, but was let down by the “ease of settling in” index, scoring just 55 out of a possible 64 points.

Expats who had settled in Austria found that getting used to the local culture, making friends and learning the language were all difficult. Almost a quarter of expats surveyed (24 percent) said that locals were unfriendly and almost one third (31 percent) said they were unfriendly to foreigners. These results were almost twice as high as the survey’s global averages.

Over half of the respondents based in Austria (52 percent) said that making friends is generally difficult – which could be due to the language barrier as almost half those surveyed also said that it is difficult to live in Austria without speaking some German and only about a quarter (27 percent) said it was an easy language to learn.

Austria did better in the “working abroad” index, coming 6th place for work-life balance and job security. Expats in Austria said they felt safe in their jobs, due to what they perceived to be a strong economy but said that Austria didn't offer many career options.

The respondents worked 40.5 hours per week on average and almost seven in ten said they were generally satisfied with the amount of time they spend at work.

Austria also scores well when it comes to raising a family, with expats saying the availability and options for childcare and their children's education are excellent. The costs of childcare and education, as well as the quality, ranked second best in the world after Sweden or Finland. 98 percent of expats based in Austria said they rated their child’s health and safety positively.

The majority of expats (94 percent) praised Austria’s location in Central Europe as it allows ample opportunities for international travel.