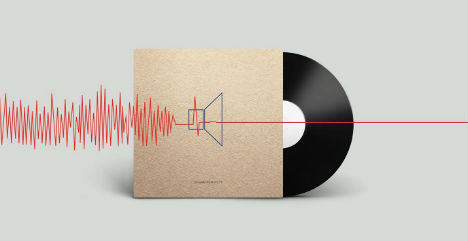 “It seems like I have found the right words for this situation, which is no words at all,” the 35-year-old told AFP, adding that he was aiming to highlight “the incredible failure of the Austrian government and of European policy.”

“My personal short-term goal is that tonight in Traiskirchen… people don't have to sleep in wet beds without shelter with their kids having not enough food, water, warm jackets or toilet paper,” he said.

“This is unworthy of our European idea and our self-understanding as human beings.”

Pre-orders put the track, costing 99 cents ($1.11) and set for release later this month, number one ahead of “Sugar” by Robin Schulz, the iTunes Austria website showed.

The track, comprising 60 seconds of total silence, was also available to download via Amazon and the Google Play Store.

Built to house 1,800 people, the camp and an adjacent building are currently home to 4,000 men, women and children.

Of these, around 1,500 do not have a bed, with many children sleeping in tents outside the camp, in parks or the local train station.

The Austrian federal government has acknowledged the crisis at Traiskirchen, but accuses the individual Austrian states of dragging their feet in providing extra housing.

The European Union's migration commissioner said last week that the world is facing its worst refugee crisis since World War II as tens of thousands of people flee violence in Iraq, Syria and Afghanistan towards Europe.

In Austria, the number of asylum requests rose above 28,300 between January and June alone – as many as for the whole of 2014 – and officials expect the total to reach 80,000 this year.