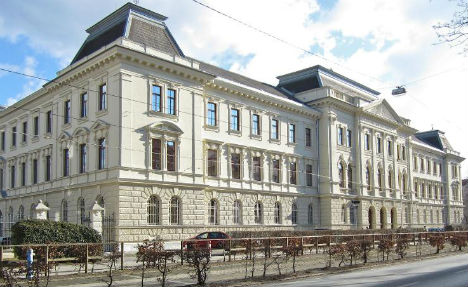 The 38-year-old father confessed in the Graz regional court to making donations to a neo-Nazi website.

Prosecutor Johannes Winklhofer told the accused that he had previously lied in court, in 2011. “You said that you would have nothing more to do with this scene but it was not true, you made contributions to this website and were also registered on it.”

The website hosted different forums as well as selling Nazi memorabilia. The Styrian  registered with the name “NS friend” and was active on the site between April 2009 and June 2012.

He was charged with denying that the holocaust happened and inciting hate against Muslims, who he wrote, needed to be “singled out and exterminated”. He signed his online postings with “Greetings 88”, or “Thanks 88” (88 stands for Heil Hitler).

He said that his role models were Rudolf Hess and Adolf Hitler. He made a donation of €120 to the site's managers and so became a “supporting member” with access to special forums.

The 38-year-old confessed to the charges and said that he had occasionally visited the website and had slipped back into his old ways. However, he said the entries were three to five years old and that he had now changed his ways.

He works as a foreman and told the judge that he often comes into contact with people of different nationalities. “We never have any problems and I’m not interested in the neo-Nazi scene any more,” he said, adding that it had taken him some time to reconsider his beliefs.

The prosecutor said that his defence had been very similar in two previous court cases and questioned his credibility. The jury found him guilty. In addition to a 20 month conditional sentence his probation period from previous sentences has been extended and he has been assigned a probation officer.