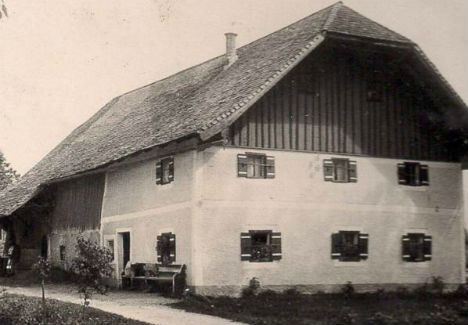 Josef Ruckhofer told AFP on Thursday he had been renovating the house near the city of Salzburg when he stumbled across the leather wallet under a wooden plank in June.

Military identity papers revealed that the purse had belonged to Eligio Ramos, an American soldier from Texas whose battalion had been stationed in Austria in 1945.

The wallet also contained “family photos of a woman and child and old stamps, but no money”, Ruckhofer said.

“Given that we've been commemorating the 70th anniversary of WWII this year, I thought it would be a nice idea to find the owner and maybe return his wallet, if he was still alive,” he added.

After an online check of Texas phone directories failed to turn up results, Ruckhofer expanded his search to the whole of the United States.

He eventually found a man in California whose name and birthday date matched those of the soldier.

“I sent a letter with a copy of the identity papers and a few of the photographs to that address, asking him to get in touch if he was the owner,” the Austrian explained.

“After a week or so, I received an email from his son confirming that I'd found the right Eligio Ramos. He said he would be very happy if I could send him the wallet.”

Ruckhofer learnt that Ramos had lost his wallet when he and his battalion spent a night at the Austrian farmhouse.

The doctor said he had not been able yet to speak to the American because he was in hospital.

“As it turns out, he is the only survivor of his battalion,” Ruckhofer said. “Maybe we'll still find a way of talking directly to each other.