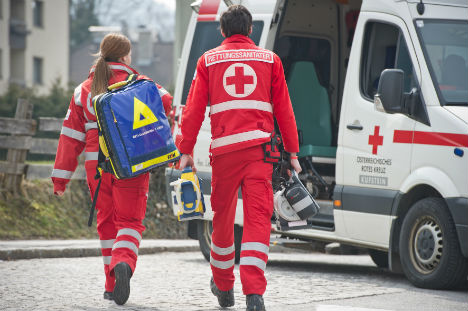 A family with three children had been out to a local outdoor pool for the day and when they returned to their apartment in Haslingergasse their 12-year-old daughter decided to take a shower.

She collapsed in the bathroom and when an ambulance arrived a medic realised she was suffering from carbon monoxide (CO) poisoning. They quickly opened all the doors and windows and evacuated the family from the building.

The rest of the family, including an 11-year-old girl and a two-month-old baby boy, were also experiencing dizziness and nausea and were taken to hospital along with their sister and parents.

The carbon monoxide levels in the apartment were very high and when firefighters examined the boiler they discovered CO was not escaping through the chimney as it should do, because of a self-installed air conditioning unit.

For safety reasons all the other residents of the apartment building were also evacuated but firefighters said none of the other homes registered high levels of CO.

The most common symptoms of carbon monoxide poisoning including headache, nausea, vomiting, dizziness, fatigue and a feeling of weakness.