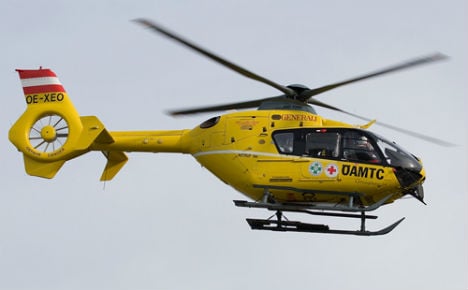 A 17-year-old boy was driving the tractor around the corner of a house at around 6pm when the infant suddenly appeared in front of the vehicle. The teenager was unable to stop in time and rolled over the baby with the right front and rear wheels of the tractor.

Help was immediately called, but arrived too late to save the one-year-old.

The infant’s parents and other people present at the time administered first aid until the air ambulance arrived. Paramedics could not do anything for the child, and pronounced him dead at the scene.

The 17-year-old tractor driver is from Slovakia and was visiting his father at the time of the incident.

According to police, the accident occurred on a private road and residents had to be cared for by a Crisis Intervention Team.

Last week, a 57-year-old tractor-enthusiast was run over by his own tractor in Obergänserndorf bei Harmannsdorf-Rückersdorf, also in Lower Austria.

Erhard N. wanted to prepare his old Ferguson Case Type C tractor, built in 1938, for a journey to Großrußbach. But when he attempted to fire up the vehicle with a heavy crank, it began to roll from its trailer and crushed him. He suffered severe head injuries and died immediately.

He had been awarded with a trophy and certificate for the oldest propelled compatible tractor in May.