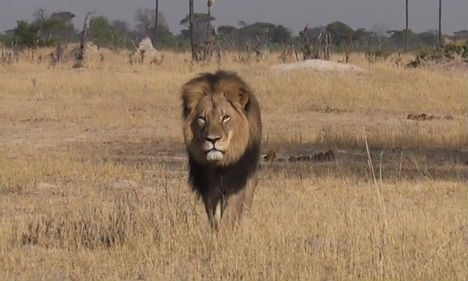 65 lion trophies have been brought back to Austria by hunters in the past five years.

According to a study commissioned by the environment ministry, Austria is second only to Denmark in the EU when it comes to big game hunters travelling abroad to bag trophies for huge sums of money.

“The numbers speak for themselves, especially since hunters are even bringing illegal trophies back and don’t forget – the African lion is an endangered species,” Vier Pfoten president Heli Dungler said.

The African lion is protected under the Convention on International Trade in Endangered Species (CITES), which requires exporters of the animal to get a permit from its home country, but it has not legally been declared an endangered species by the US Fish and Wildlife Service.

In 2014, 90 illegal imports were seized at Vienna’s Schwechat airport – including turtles, seahorses and even a jaguar.

Since the killing of Cecil the lion, some airlines including British Airways, United Airlines and most recently Delta, have announced that they have issued bans on the transport of exotic trophy animals.