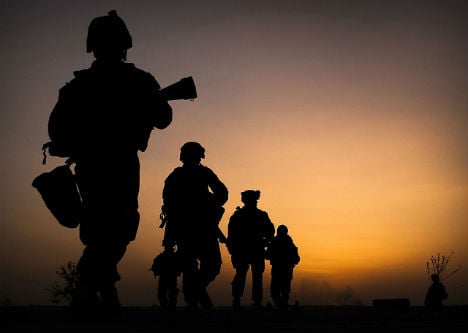 Johannes Hübner, foreign policy spokesman for the right-wing FPÖ, said the marines had clearly “violated Austrian neutrality” and called for Chancellor Werner Faymann and Foreign Minister Sebastian Kurz to speak out over the issue.

The marines were on their way to Ukraine to take part in international military exercises that began on July 20th. The incident took place on July 19th, but was only reported to the media a fortnight later.

The servicemen, travelling from Alaska, reportedly had problems with a connecting flight at Vienna’s Schwechat Airport and had to leave the transit area to rebook, Austrian Defence Ministry spokesman Colonel Michael Bauer said. They were travelling on commercial flights.

While they were having their luggage scanned, airport security spotted M16 assault rifles and pistols in their travel bags. The marines had no permits allowing them to carry arms. They were arrested by Austrian police, and then expelled from the country along with their weapons on a return flight bound for Washington.

US European Command spokesperson David Westover told Sputnik News that the incident was an accident.

“By unintentional oversight, the necessary clearances required for transiting Austria were not properly processed prior to their departure. The Austrian authorities were very helpful in resolving this issue,” he said, adding that the marines returned to their home duty station in Alaska.

The Korneuburg Public Prosecutor's Office has launched an investigation into whether Austria’s War Material Act was violated.