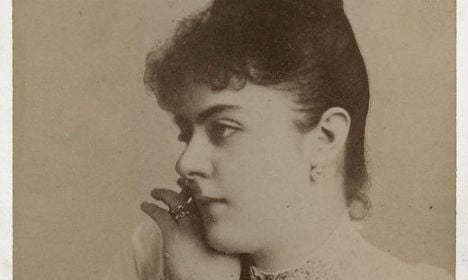 Vetsera and Rudolf were found dead in an apparent suicide pact in 1889, at his hunting lodge in Mayerling.

“Dear Mother – forgive me what I have done – I could not withstand love. In accordance with his wishes I want to be buried beside him in Alland cemetery. I am happier in death than I was in life,” Vetsera wrote to her mother, Helene.

Farewell letters to her sister Hanna and brother Feri were also found, in an original envelope from the time that was closed with Crown Prince Rudolf’s seal.

The letters were found by the bank’s archivist, Sylvia Linc, along with other documents belonging to the Vetsera family which had been deposited in a safe in 1926, in a brown leather folder. It is not known who left them there.

The folder contained other important personal documents from Mary Vetsera, including her birth certificate, death certificate and a previously unknown letter from her closest friend.

The documents have been given to the Austrian National Library (ÖNB) on permanent loan. In a press release the library said it was a “sensational find”.

The murder suicide was shrouded in mystery, with some historians claiming it was never properly investigated.

It has been variously suggested that Vetsera was killed by Crown Prince Rudolf, who then killed himself; that they killed one another; and that the two of them were murdered. It was known that Vetsera had written farewell letters but historians never found them and assumed that the letters had been destroyed after the death of her mother.

Because of the scandal there was no judicial inquiry into their deaths, and Vetsera's body was buried in secret at a cemetery in Heiligenkreuz, Lower Austria.

The documents will now be examined by a conservation team at the ÖNB, catalogued and digitized.

From August, they will be available to view for research purposes. Next year they will be on public display as part of an exhibition planned to mark the 100th anniversary of the death of Emperor Franz Joseph, in the State Hall of the Austrian National Library.