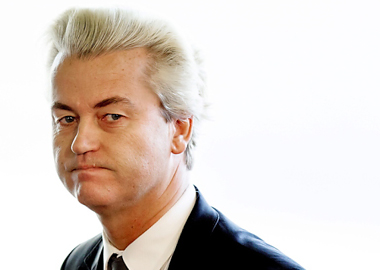 A Muslim group pressed charges against Wilders after he made statements comparing the Koran with Adolf Hitler’s book Mein Kampf and demanded that the Islamic holy book be banned during a meeting with the right-wing Freedom Party in Vienna in March.

Tarafa Baghajati, chairman of the Initiative of Muslim Austrians said that Wilders had denigrated religious teachings and breached the law banning a revival of Nazi ideology.

The theme of his speech in the Hofburg palace was “The threat to Europe through Islamization”.

Wilders reacted to the news on Twitter with the tweet. “It can not get a lot crazier.”

According to witnesses FPÖ leader Heinz-Christian Strache, who organized the event, applauded after Wilders’ speech.

The Public Prosecutor will not be investigating Strache as there is no evidence that he knew what the contents of Wilders’ speech was in advance.

He lives under police protection, for fear that his outspoken attacks on Islam could see him assassinated.