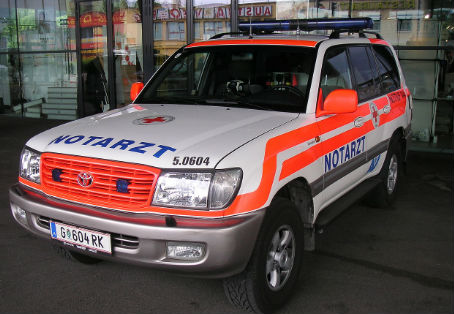 An ambulance came to the son's rescue. Photo: Ernstl/Wikipedia

His 40-year-old son, who still lives at home, was returning to the house after a night out but had forgotten his keys – so he tried to climb in through a window.

His 70-year-old father had taken to sleeping with a revolver after a spate of burglaries in the neighbourhood. He heard a noise at the window and woke up – and without looking to see who was outside fired two shots in the dark. One bullet grazed his son’s cheek. A neighbour heard him screaming and came to his aid, calling an ambulance.

The man is now recovering in hospital. “I don’t want to comment on the incident, except to say my brother is doing well in hospital,” his sibling said. Their father is in shock. He could face charges of aggravated assault.