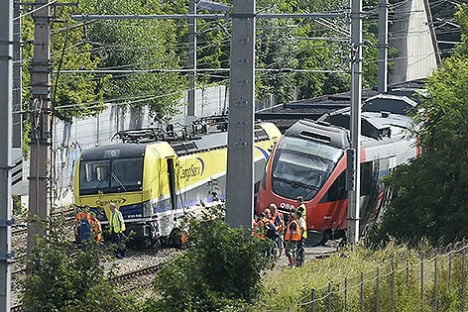 The accident happened shortly after 8:00 am, when an empty passenger train crashed with a CargoServ freight train.

A spokesman for Austrian Railways said that the passenger train was travelling to Floridsdorf from Meidling, and that both drivers were uninjured.

The trains collided at an intersection point in the station area, and partly derailed. The freight train was loaded with coal.

Two tracks have had to be closed and S2 trains travelling being Floridsdorf and Wolkersdorf have been cancelled. A normal service should resume at around 4pm.

Trains between Leopoldau and Süssenbrunn are running a limited service. Travellers are advised to use the Mistelbach S-Bahn trains instead. Delays of up to 30 minutes can be expected.