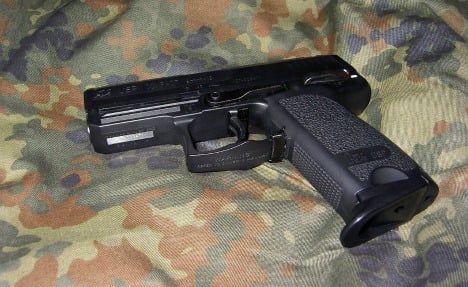 After his arrest the 38-year-old man told police that he had been driven crazy by construction noise from an apartment above his, and couldn’t sleep.

On Wednesday morning, at around 11:30am, he seized his gun – which turned out to be a replica – and told police that he went upstairs to “put an end to this theatre”. He said that he took the replica firearm to show that he “should be taken seriously”.

No one heard him knocking at the door but a neighbour spotted him with the gun and immediately called the police.

As he went downstairs to his own apartment he was met by a large group of armed police who arrested him.

The gun – a Walther P99 airsoft pistol – looks deceptively real but is not lethal.

Police spokesman Patrick Maierhofer said that the man was questioned and later released.