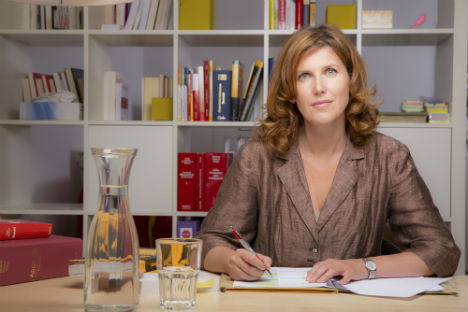 The married couple in their mid-40's, from Burgenland, could not agree on who should get the house they had bought together. Their lawyer, Katharina Braun, said that after prolonged negotiations they found a “unique solution”.

“They decided to separate the house and the garden with a wall down the middle, and each continues to live in his and her half.”

The judge at their divorce hearing was surprised by their decision and asked if they were sure it was a good idea, Braun told the Heute tabloid.

However, the couple don't seem to be living that amicably as they have been back in court to fight over who gets the swimming pool and who gets the carport.

There has also been some competition over who can throw the best barbecue, according to Heute.

The couple's decision to split their house down the middle is reminiscent of the 1989 comedy The War of the Roses.

In that film, a warring couple divide their family home by carefully measuring square metreage on the house's plans.

A judge in Spain ruled on a similar property dispute in a divorce case two years ago.