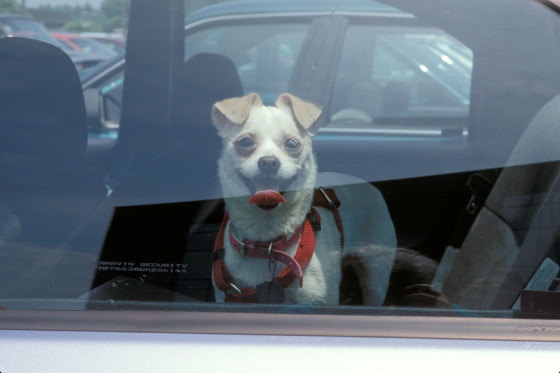 On a warm day, temperatures inside a vehicle can rise rapidly to dangerous levels, even with the windows rolled down. If it’s 34C outside temperatures will quickly rise to 40, 50 or 60C in the interior. Left in this heat your pooch may suffer irreversible organ damage or die.

Vienna’s animal protection ombudsman, Eva Persy, says that many dog owners don’t realise that even leaving their dog for a short time whilst they run an errand is risking their life – and is considered animal cruelty. Police in Austria are legally entitled to break into your car if they see that a dog has been left unattended and is in danger.

Last year, one Viennese dog owner was fined €3,300 after leaving their dog in the car in temperatures of 30C. The window had been left slightly open, but when the police arrived the dog was found motionless on the passenger seat.

Persy told the Kurier newspaper that there were 20 criminal cases where dog owners had submitted their pets to ‘heat torture’ in Vienna in 2013 and 2014. She is asking people to be alert and to call police if they spot a dog that has been left in a parked car.

Dogs pant to evaporate moisture from their lungs, which takes heat away from their body. If the humidity is too high, they are unable to cool themselves, and their temperature will skyrocket to dangerous levels.

On very hot days, dog owners should limit exercise to early morning or evening hours and should carry water to keep their dog from dehydrating.

To treat heatstroke apply wet towels to your pet’s head, neck, and chest, or run cool (but not cold) water over it. Let them drink small amounts of cool water or lick ice cubes and take them directly to a vet.