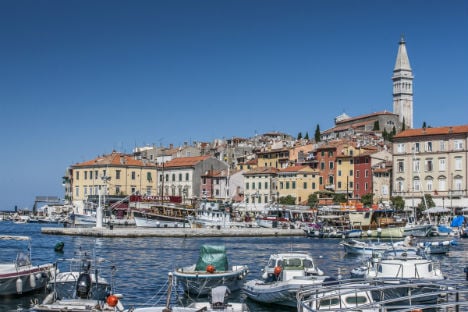 Indignant locals called the police shortly after 7am as the pair refused to stop their enthusiastic lovemaking bang in the middle of the harbour.

According to a report in the Kronen Zeitung tabloid outraged witnesses shouted at them to behave, but the Austrian couple ignored them and only stopped when they noticed two police officers arriving.

The 40-year-old man and 38-year-old woman were clearly drunk – which may explain their lack of inhibition. They had to appear in court and were each ordered to pay a €100 fine.