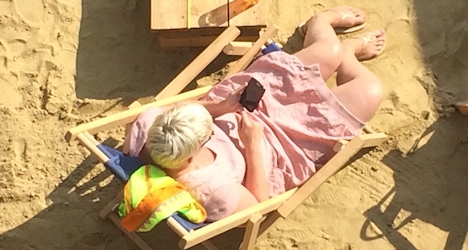 “From the second quarter of 2017, roaming fees in the EU will probably fall away,” the former minister-president of Baden-Württemberg told journalists in Bonn.

“The European Commission, the governments of the 28 member states and the European Parliament (EP) will probably agree on it very soon.”

Oettinger's announcement comes just over a month after the European Commission dropped plans to abolish roaming charges from 2016 after objections from telecoms companies in smaller member states.

But a new compromise had to be reached after consumers' organizations and the EP protested vociferously.

“If the end of roaming comes in 2017, companies have a year longer compared with the old plans to conform to the new rules,” Oettinger said.

“And consumers will see yet more that they profit from the single market in telecoms. Roaming fees have already sunk a great deal.”

Austrian telecoms companies say they have already been hit hard by reduced roaming costs, in a market which relies on tourism and is highly competitive.

T-Mobile said it lost 5.5 to 6 percent of its revenue last year and believes that banning roaming fees will increase the traffic load on Austria’s networks – adding to immense data growth without any financial growth.

But Oettinger believes that the EU must consolidate its telecoms market – pointing to the 280 telecoms companies across Europe compared with four in the US.

“To become more competitive and consolidate their networks, many more companies will merge in the coming years.

“That should lead to the European telecoms industry playing a bigger role on the global stage. But competition has to be assured.”

The Commissioner hopes to arrange the European telecoms market such that, for example, people could use a self-driving car – “an important market for Germany's car manufacturers” – to travel seamlessly from one country to another.