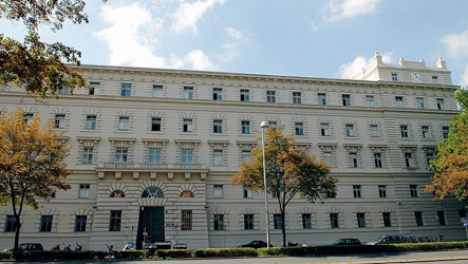 The nine, aged 18 to 28, were found guilty of belonging to a “terrorist” organisation and given jail terms of between 19 months and three years, except for one who got a suspended sentence.

Their 34-year-old Turkish driver was given three years, with the court in Vienna ruling that he had already helped Islamists get to Syria to join the ranks of Isis.

Police arrested the eight men and one woman last August in two cars on the border with Italy after investigators caught wind of two Turks in Vienna arranging transport for would-be jihadists to Syria at a Vienna mosque.

Four of the defendants denied wanting to go to Syria. The others admitted it but said that they merely wanted to live under Islamic law and help the local population.

Presiding judge Andreas Hautz said however that even if they did not intend to fight, the desire to support Isis, which has overrun swathes of Syria and Iraq, was enough to support a conviction.

He said Western countries had to ensure “that Isis does not get even bigger and more influential than it already is. This is what we are standing up against and fighting for”.

One of the defendants said that he just wanted to go to Bulgaria “to the seaside”. Police found screen shots on his mobile phone with maps of the Turkey-Syria border region.