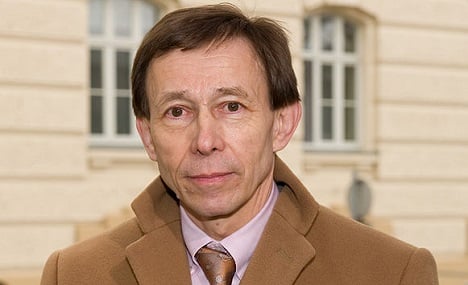 He was also found guilty of belonging to a “terrorist” organization and given an additional suspended jail sentence of 16 months by a court in his hometown of Sankt-Pölten.

The Austrian teenager of Turkish origin, named only as Mertan G., was arrested in his home last October after he began enquiring online about buying bomb parts.

According to prosecutors, the jihadist teenager was planning to carry out an attack on Vienna's Westbahnof train station and had made contact online with terrorist networks including Isis and al-Qaeda.

He intended to join “holy war” in Syria alongside Isis after carrying out the attack, the charge sheet said.

After his initial arrest the boy was released from custody in November but then arrested again in January after he went into hiding and violated the parole conditions. He was picked up in Vienna and has since been kept in pre-trial detention until appearing in court in Sankt Pölten for his trial.

The boy's lawyer, Rudolf Mayer, said his client had “come to understand that he had succumbed to good propaganda”.

The teenager's legal defence said the boy had turned to religion following problems in his private life.

His lawyer said: “He wanted to be deeply religious, and then as a teenager came across pages on the internet that claimed to represent the only true religion.”

Mayer, who became well-known after representing Josef Fritzl in 2009, added that the teen believed that through religion he could do something good, “namely to defeat the unbelievers and fight”.

Police had said at the time of his arrest in October 2014 that the boy made “concrete enquiries about buying ingredients” for a bomb and “planned to explode the devices in public places, such as the Vienna Westbahnhof,” a major train station.

Unconfirmed press reports said Isis had offered to pay him 25,000 euros ($27,250) if he managed to carry out the attack.

In common with other European countries, Austria has seen a steady flow of people leaving or attempting to leave the country in order to join Isis militants in Syria and Iraq.

According to the Austrian interior ministry, more than 200 have done so, including some women and minors. Around 70 have since returned, several of whom are in custody awaiting trial.