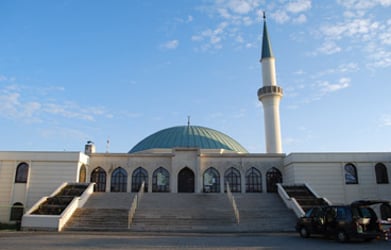 According to the Kronen Zeitung newspaper the aim of the recruitment drive is to make sure police officers have a better cultural understanding of the increasing number of Austrians who have a migrant background, and to shake off a reputation for discrimination and racism.

For the first time the police have even been promoting the force within an Islamic centre in Vienna.

There are almost 600,000 Muslims living in Austria, and more than 200,000 live in Vienna – a population trend which is expected to grow. However, only about three percent of police officers are Muslims.

“The general objective is, that the police force should end up reflecting our society. This is a program which has been around for a while,” a statement from the office of Vienna Integration City Councillor Sandra Frauenberger read.

It’s believed that Muslim police officers will find it easier to gain acceptance and trust within Muslim communities.

Police and representatives from the Integration Department recently held an event at Vienna’s Islamic Centre in Floridsdorf.

However, the chairman of the Turkish cultural community, Birol Kilic felt that it was wrong to target mosques as part of the recruitment drive. “They should leave the real prayer houses in peace and should be advertising in schools… They don’t go to churches to try and recruit more ‘Christian’ youths. I find it rather questionable,” he said.