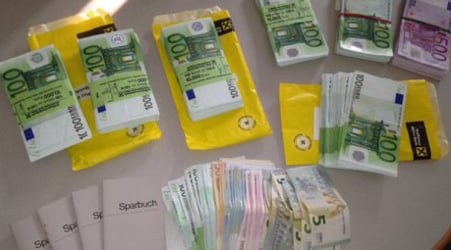 After years of investigation, 30 people who were part of an international network were arrested. Police seized drugs worth €2 million, according to a report from Austrian broadcaster ORF.

The investigation, which went by the name “Operation Primavera”, went on for more than four years. It was launched by Styrian detectives in February 2011 in Graz’s red light district.

A 45-year-old man from Graz who had been regularly selling cocaine sparked the investigation. He led detectives to a 47-year-old Viennese man and a 66-year-old from Graz who were in regular contact with a known criminal from Lower Austria who had escaped to Costa Rica decades ago and was funding his lifestyle with the proceeds of drug trafficking.

The drug ring smuggled around 90 kilograms of cocaine with an estimated street value of €9 million into Europe and sold the drugs in Austria, Germany, Spain, Italy and the UK.

The 47-year-old Viennese man was the head of the network in Austria and was nicknamed 'tour guide'. He organized drug mules who flew between Costa Rica, Brazil, Chile and Europe.

Police spokesman Alois Eberhart said that most of the ring had been arrested. “The first wave of arrests was in May 2014. We arrested 26, and seized drug money, weapons and narcotics. We realized we were dealing with a dangerous gang when we found that they had their own weapons boss and a weapons workshop.”

The “weapons boss” – a Serb with four different identities – was based in Vienna and said to be extremely dangerous.

“When we searched his house it was full of weapons – all in places he could easily reach for them. You can imagine what might have happened if we let him out of our sight for a second,” Eberhart said.

The Graz public prosecutor said the investigation was difficult and extensive. “We had their phones tapped, undercover investigators were working the case, we made fake drug purchases and were secretly filming suspects,” spokesman Hansjörg Bacher said.

The final two suspects were arrested in Graz and Vienna in February and April. Several members of the gang have already received long prison sentences.