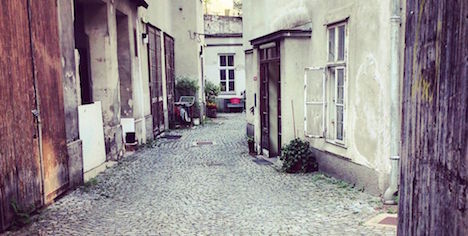 Some of the locally organised walks include a jaunt around the city's vineyards, a tour of some of Vienna's ugliest buildings, and a trip though passages and backyards in the city centre.

It is the second time Vienna has participated in the annual “Jane's Walks” event, which aims to celebrate the late Jane Jacobs for her activism and efforts to champion a community-based approach to city building.

Jacobs, who died in 2006, authored the book The Death and Life of Great American Cities in 1961 before becoming well known for campaigning against slum clearance in New York in the 1960s and 1970s.

“Jane's Walks offer an opportunity, to learn about the relationship between people and the built-up environment, to discuss with others about compromise, contradictions and differences,” explains Vienna's pedestrian officer Petra Jens.

The walks, which are done in a mix of German or English, are not led by professional guides but by individuals who know their city or a subject area particularly well. Taking place between 1st – 3rd May, organisers hope the various events will be a chance for people to come together and talk about their neighbourhoods.

One event on the programme is a walk on Saturday around the Ringstrasse led by an American transport planner and Vienna resident Andy Nash, exploring the history and controversies about the Ring as it celebrates it's 150th anniversary.

A guide of some of Vienna's more “contemporary interpretations of open space” is also taking place on Sunday to try and show an “unconventional perception” of the city.

To see a full list of walks being held in the city as part of the global event visithttp://janeswalk.org/austria/vienna/