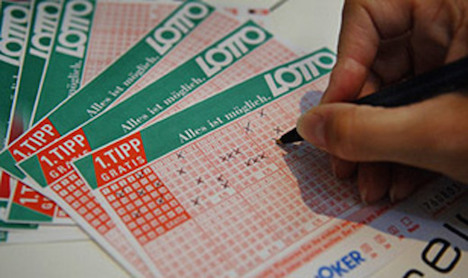 Austrian tobacconists saw record revenues from lottery tickets as players rushed to get a ticket after it was predicted that there would likely be one or two winners.

A total of around 14 million set of numbers were submitted on 2.2 million betting slips. Although many players were hoping to get lucky, the odds were still stacked against them with the chances of winning around one in eight million.

Tobacconist Peter Wolniak, who runs a tobacco shop in Landstraßer Haupstraße in Vienna, told the Kurier this week: “There are at least twice as many players as usual.” He added that "customers of mine have often made big profits", joking that the odds for players buying tickets at his store are particularly good.

With Wednesday's winners receiving just over 3 million euros each, it means the record for the highest solo win in Austria was not broken. That belongs to a woman who won in 2012, coming away with 9.4 million euros. The only other solo win in the history of this lottery happened in June 2013 when a Viennese player took home 9.2 million euros.

The lucky numbers chosen by the three winners this week were 12 , 17 , 26 , 27 , 29 and 39. If there had been no winners, the jackpot would have rolled over again for a draw on Sunday and have become the first sixth rollover in the 29 year history of the lottery.