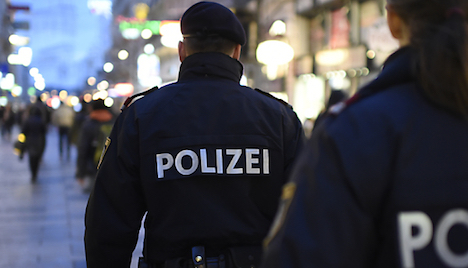 The four-member gang targeted the Wiesinger Jewellers at 10am, entering the store with their faces covered in towels and scarves. One of the robbers was thought to be armed with a gun.

They proceeded to smash up displays and windows with hammers to grab jewellery and watches before fleeing down the street.

According to police the four robbers were pursued by the owner of the store but managed to escape down the nearby Millergasse and then headed down Bürgerspitalgasse where they dropped some of their goods.

"In the Bürgerspitalgasse they lost some of their stolen items,” said one witnessed who saw the robbers flee and informed police about the dropped jewellery.

The gang also left two hammers and a cap and gloves behind in the store, which police say have been taken from the crime scene to be inspected by forensics.

Two employees working at the store were not harmed in the incident, which was the first attack targeting this store at Mariahilfer Straße 121a.