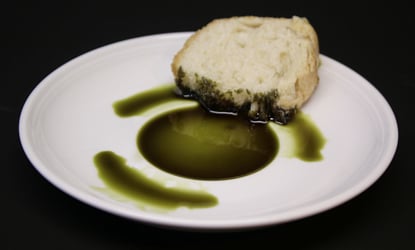 A much better use of pumpkin seed oil. Photo: DerGraueWolf/Wikimedia

In what is being dubbed “a very Styrian crime” by the Heute tabloid newspaper, the burglars broke into the hotel in Riegersburg in southern Styria sometime after 10pm on Saturday evening.

They found a safe in the office and managed to rip it out of the wall, taking the contents and also making off with cigarettes and petty cash from a till. The safe contained several thousand euros in cash.

Before they left they poured five litres of pumpkin seed oil on the floors, door and window handles, in an effort to make it harder for police to trace and identify them – and leaving a slippery, green mess for hotel staff to clean up on Sunday morning.

The hotel sells bottles of the oil, which is prized for its nutty aroma and health benefits, and is an important export commodity for the region.

Police said the damage to the hotel amounted to several thousand euros.