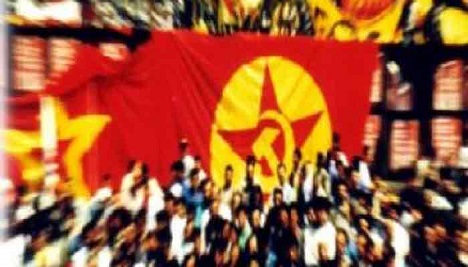 The doctor was accused of being a member of a banned left-wing group in Turkey. Photo: Olyhaber
Ünal E., 45, had been arrested in early April by Italian police whilst holidaying with his Austrian wife in the Mestre suburb of Venice. He is accused by Turkey of being a member of the banned left-wing organisation DHKP-C and of recruiting terrorists for a 1995 attack in a bank in the capital Ankara.
Ünal, a doctor, has been an Austrian citizen for ten years, first moving to the country in 2000 and receiving asylum status in 2002 after an Austrian asylum court ruled that he was being politically persecuted in Turkey at the time.
His release was secured after Austrian Foreign Minister Sebastian Kurz spoke with Italian authorities about the case during a recent trip to the capital Rome.
"Political contacts at the highest level between Rome and Vienna have enabled the release of my client. That's more a diplomatic than a legal success," said the lawyer representing Ünal, Nicola Canestrini.
Ünal has now returned to his home in Tyrol, and is hoping to immediately resume working at his medical practice there.
The investigation into the terrorism charges will continue in Italy, where a court in Venice will rule in May over extraditing Ünal. If they decide he should be extradited, he would be at risk of being arrested if he were to return to Italy, although Canestrini confirmed that they would consider applying for refugee status in Italy.
Ünal is not named on any Austrian wanted lists and the spokesman for the Austrian Foreign Ministry, Martin Weiss, said: "Austria extradites, on principle, no Austrians.”
According to his lawyer, Ünal was remanded in custody in Turkey between 1995 and 1999 where he was physically and mentally tortured. He fled to Austria after being convicted and sentenced to 12 years and six months in prison.