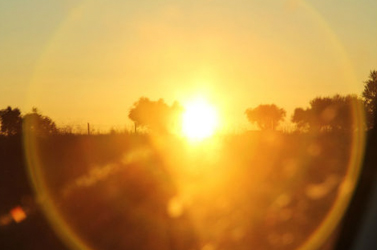 That's the unusual idea put forward by British researchers at a conference in Vienna, who say the weather has powerfully but discreetly influenced the soundtrack to our lives.

And tastes in songs are likely to change as the climate shifts.

Fancy listening to the Beatles' "Here Comes The Sun" when you are grinding out yet another long, sweaty heat wave?

"But if it's going to be 40 degrees (Celsius, 104 degrees Fahrenheit) every summer for 10 years… that might change how people feel about the weather and the emotions they link to it."

Aplin and five other scientists combed through databases of more than 15,000 pop songs, finding statistical backing for the assumption that our moods are strongly swayed by the weather.

These emotions, in turn, are expressed in the music that artists compose and what the public likes to hear.

The team looked at some of the most popular English-language songs, mainly from the United States and Britain, from the 1950s to today — drawing heavily from an online karaoke website.

They searched song titles, band names and lyrics for references to weather.

"We found about 800," said Aplin. Of the 500 greatest songs of all time, as listed by Rolling Stone magazine in 2011, a whole seven percent were weather-related.

Bob Dylan, John Lennon and Paul McCartney were the most prolific in this category.

The sun was referenced most often, followed closely by rain, although "pretty much all types of weather came up", said Aplin.

The seasons and wind or breeze were third and fourth most popular, while "frost" and "blizzard" were at the bottom of the list.

Love and relationships were unsurprisingly the biggest single category for weather metaphors — "Ain't no sunshine when she's gone," crooned Bill Withers, while Billie Holiday lamented the "Stormy weather" after a breakup.

"What we found about pop music was that the lyrics can be used very clearly to link the weather to a particular emotion, and usually the sun is positive and rain is negative," said Aplin.

An exception was some Country and Western songs, which "talked about rain as a positive thing: it brings crops and food," said the atmospheric physicist who also plays double bass in an orchestra.

The researchers were intrigued to find that in the 1950s, an active decade for hurricanes, more music was written about wind and storms.

This highlights the potential for a shift in musical themes if climate change brings ever-more frequent extreme weather events, as predicted.

Chirpy songs about sunshine and gentle summer breezes could get elbowed in favour of darker, more dramatic fare.

Based on present carbon emission trends, say climate scientists, worsening droughts, floods and storms as well as rising seas are waiting for us a few decades from now.

"Under climate change, the type of weather people are influenced by to write might change," said Aplin.

"You might find more songs about severe weather because that is more part of people's live, or a backdrop to their lives, than the weather we have now."

The research paper, which Aplin said had been accepted to appear in the Royal Meteorological Society publication "Weather" in May, will have an online link to the list of songs compiled so far, with an open invitation for people to add to it.

A big advantage of living in Europe is the ability to travel to so many different countries.

But sometimes accidents or illness can happen while on holiday or a work trip, which can mean an unplanned visit to a doctor.

Thankfully, the European Health Insurance Card (EHIC) provides some protection against expensive medical bills in the form of reciprocal healthcare.

Here’s what you need to know about the EHIC and how to get the card in Austria.

What is an EHIC?

An EHIC is a form of medical insurance cover and replaces the international health insurance voucher (form E111). It is issued free of charge and allows holders to access state-provided medical care while temporarily in another EU country.

It works on a reciprocal basis through a country’s social security system and care is provided at the same cost as those insured in the country (which means it can be free, in some cases).

This means that if you have an e-card and are insured with one of the public health insurances in Austria, such as ÖGK, for example, you are entitled to the EHIC and to access public health services (to a certain extent) in other countries.

FOR MEMBERS: What is Austria’s e-card and what do you need to know about it?

The EHIC is valid in all 27 EU countries, as well as Iceland, Liechtenstein, Norway, Switzerland, Macedonia, Serbia, Montenegro, Bosnia and Herzegovina, and the UK.

However, the EHIC is not an alternative to comprehensive travel insurance as it doesn’t cover any private healthcare costs, a flight home or lost/stolen property.

Why do I need an EHIC in Austria?

The main advantage of having an EHIC is if you need medical treatment while briefly travelling in another country.

While the coverage is limited to state-provided healthcare, it does mean you will be treated by a doctor and not liable to pay non-resident medical fees.

READ NEXT: How Austria is making it easier for non-EU workers to get residence permits 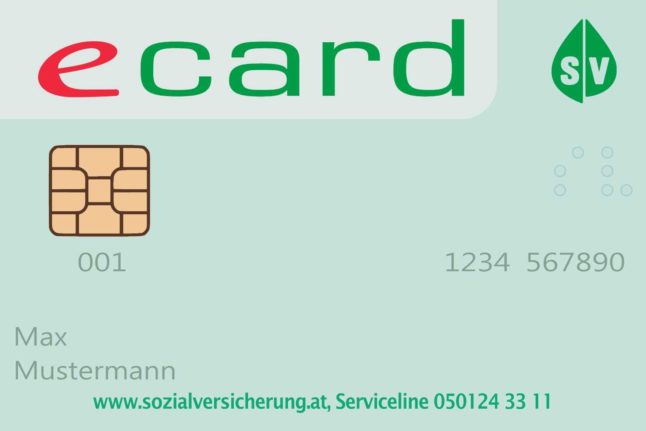 Austria’s e-card – the national insurance card – is needed for almost all medical procedures. On the back, it contains the EHIC Ecard image: Wikicommons

How do I get an EHIC?

EHICs are issued by the national health country provider of the country where you live. This could be, for example, the ÖGK or SVA, depending on which provider you use in Austria.

In Austria, every e-card (the health insurance card that is used to visit a doctor) already contains an EHIC on the reverse of the card, so there is no need to apply for it separately.

However, if the data fields on the EHIC on the back of your e-card contains stars (***) instead of personal information such as name and date of birth, further documentation is required to access healthcare in another EU country.

In this case, you need to contact your social security provider in Austria to receive a replacement card before you travel.

The EHIC is only valid on the condition that you are insured or co-insured in Austria.