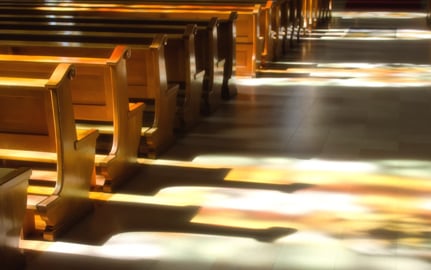 Police said witnesses reported that the three men, aged 44, 50 and 58, first tried to make off with a collection box from the Russian Orthodox church around 9pm on Saturday but were stopped and thrown out by a priest.

Around an hour later, they returned to the church during a service and marched up to the altar, where one of them broke open the collection box and took about €90 euros in cash. He then shared out the money with his accomplices.

A police statement said that the men then tried to leave the church but an “enraged congregation” stopped them.