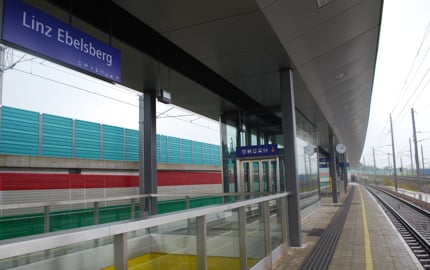 Police spokesman Manfred Rauch said that the girl's 33-year-old mother had parked the pushchair on the platform, a few metres away from the ticket office and had left her child while she went to get a ticket, shortly before 10:00am.

The woman is being looked after by a Red Cross crisis intervention team, and police are examining video footage from the platform.

They have ruled out any third party involvement. A witness who saw the accident happen was too far from the pushchair to prevent it from falling onto the tracks.

Police will also question the train driver. Goods trains travel through the station at a speed of up to 100 km/h, Rauch said.

The train track was closed on Wednesday morning but reopened in the afternoon.

Austrian Railways confirmed the tragic accident in a press release.