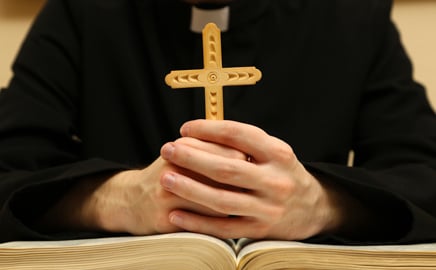 The controversial text by Eberhard Amann was published in a Vorarlberg magazine called Wann & Wo, in its Sunday edition.

It was taken from the parish journal of St. Gallenkirch, which Amann is responsible for.

In the text, Amann seems to praise Hitler: “In Mein Kampf, Hitler sees celibacy as a model he wants to aspire to, he will not get married because, just as priests do for their parish, he wants to completely dedicate himself to the German people."

The Diocese of Feldkirch said that the priest was completely out of line and that a system that resulted in terror, death and destruction should never be used as the basis for an argument about the church.

According to a report from Austrian broadcaster ORF Amann has said he deeply regrets the text being published and that he had been horrified when he read Mein Kampf.

He said that the text was something he had written 20 years ago which had unfortunately been republished without his knowledge.

According to the ORF report Amann is notorious for being outspoken and making controversial remarks.