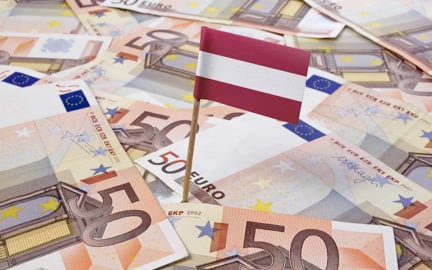 In a press release,  ABA – Invest in Austria, said this was an all time high in the company’s 33-year history.

The number of new jobs created in Austria by companies setting up new business operations climbed by 79 percent to 2,645, compared to 1,479 new jobs in 2013.

“This comprises an outstanding success, which impressively proves that we are well-positioned when it comes to our business location policies, and that Austria continues to gain in attractiveness as a business location against the backdrop of international competition”, said Reinhold Mitterlehner, Austria’s Vice-Chancellor and Economics Minister.

Once again, Germany was the top investor, with 88 German companies establishing business operations in Austria with the support of ABA, an increase of almost 4 percent compared to 2013.

“There were several investments again in the double-digit million euro range, which is why the investment volume of €274.5 million generated by German companies was up about 40% from €196.7 million in the previous year,” said René Siegl, Managing Director of ABA.

A total of 43 Italian companies set up businesses in Austria with the support of ABA – five times more than ten years ago and an increase of 23 percent from 2013. Italy accounted for 15 percent of all of ABA’s business location projects.

There was also a striking increase in interest in Austria as a business location on the part of investors from Central and Eastern Europe and South East and Eastern Europe. This group accounted for 74 companies investing in Austria in 2014. The most important investor nations were Hungary with 24 projects and Russia with 13 new investments, followed by Slovenia (10) and Ukraine (8).

There was a growth in business location projects for production companies, as well as companies carrying out research and development in Austria.

The majority of foreign companies investing in Austria chose Vienna as their base (131 investment projects, compared to 104 in 2013), followed by Carinthia and Lower Austria.

According to ABA a typical example of a business choosing to locate in Austria is the medium-sized German company Schäflein Logistics GmbH from the State of Baden Württemberg, which constructed a logistics centre in Hallein.

CEO Achim Schäflein said that Austria was chosen as it “has many key industries such as automobile component suppliers as well as machinery and plant manufacturers, as well as good connections to Eastern European countries”.