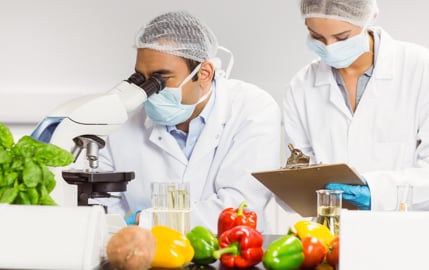 The World Health Organization Europe said that "levels of foodborne disease are much higher than currently reported and underlines the need for improved collaboration among sectors to lower the health risks associated with unsafe food."

"The fact that we significantly underestimate how many people become ill from chemicals in the food chain and from common microorganisms such as Salmonella and Campylobacter should start alarm bells ringing across the many areas with a stake in our food chain." said Zsuzsanna Jakab, WHO Regional Director for Europe, in the statement.

"A failure in food safety at any link in this chain, from the environment, through primary production, processing, transport, trade, catering or in the home, can have significant health and economic consequences."

Salmonella is one of the most common causes of foodborne illness with current estimates that 85,000 cases of human salmonellosis are reported each year across Europe, costing up to €3 billion, according to the World Health Organization (WHO).

In 2013, more than 310,000 human cases of bacterial foodborne disease reported in the European Union and European Economic Area (EEA) alone, resulting in 322 deaths, according to WHO.

A 2011 outbreak of the bacteria enterohaemorrhagic Escherichia coli (EHEC) in Germany and France led to 55 deaths as well as 4,000 cases across 16 countries and about €1 billion in losses to farmers and industries. The outbreak was due to contaminated sprouts.

Food- and waterborne diarrhoeal diseases kill worldwide an estimated 2 million people each year, many of whom are children, according to WHO.

COVID-19
Pandemic in Europe won’t be over until 70 percent are vaccinated, says WHO

COVID-19
Covid-19 cases in Europe back on the rise after weeks of decline
Url copied to clipboard!