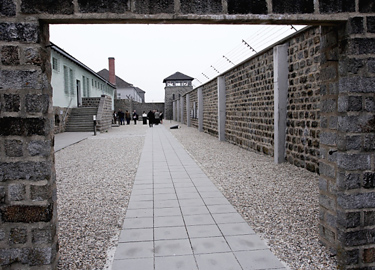 On Thursday a jury at Linz Court unanimously agreed that a letter the doctor had sent to the local council and the administration of the Mauthausen concentration camp memorial site proved that he believed that the gas chambers and the systematic genocidal killing had been made up.

The man, from the Mühlviertel region, wrote that he became convinced after visiting the Mauthausen site that the gas chambers had never existed and that therefore the Holocaust “must be a lie made up by Zionist bankers, who are still up to their mischief in Israel and the ‘Arab Spring’”.

He went on to claim that Hitler and Germany were not to blame for WWII and that Austria would be forever burdened with the “Holocaust cudgel”.

His lawyer argued that the 71-year-old was not a Nazi but merely a "troublemaker" who had a “particular character” and was “constantly trying to get to the bottom of things”.

The defendant pleaded not guilty and said that he had only been trying to uncover the truth. He said that whilst he was at Mauthausen he noticed that there was no gas pipe leading to the gas chamber, and he could find no explanation of why this was so.

The head of the Mauthausen Memorial appeared as a witness and described in detail to the 71-year-old how SS men had removed the gas pipes shortly before the camp was liberated in 1945. He said that historic records proved this was the case, and that it was clearly visible that the area where the pipes had been had been plastered over.

The defendant told the court that “if that’s the case then I accept it but no one told me at the time”.

A psychiatrist certified that the doctor was sane, but said that when he was convinced about something he would insist on it vehemently, “regardless of whether he upset or disturbed anyone.”

The prosecutor recommended a guilty verdict, as a “signal that such statements will be taken seriously”.