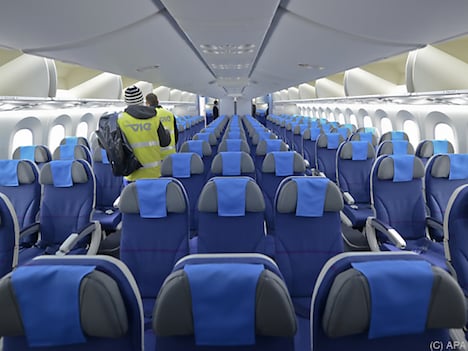 The move came after Germanwings co-pilot Andreas Lubitz is thought to have deliberately slammed an Airbus A320 into a mountain in France on Tuesday, killing all 150 aboard, after locking the captain out of the cockpit.

US regulators have long required a crew member to sit in the locked cockpit if one of the plane's two pilots needs to go to the toilet or leave for another reason.

Strict procedures to securely lock cockpit doors have became standard since the September 11, 2001 attacks to prevent hijackers from taking control of civilian aircraft.

According to a report in the Daily Mail, British Airways is dragging its feet, believing that there may be "unintended consequences," and possibly an increase in the risk of a successful terrorist attack.

A spokesman for the UK's Civil Aviation Authority said: "The expectation is that this [measure] will be followed to the letter by British Airways and all other airlines across the UK and Europe.

"In practice it would be extremely difficult for any airline to ignore this Europe-wide safety critical recommendation," reported the Daily Mail.

On Friday, German aviation industry body BDL and the transport ministry agreed to the rule for Lufthansa, including its subsidiary Germanwings, as well as Air Berlin, Condor and TUIfly.

"We would like European regulation to be adopted as quickly as possible," she said.

European air safety regulations have so far not addressed the subject of the so-called "rule of two" on the flight deck.

However, the EU said Friday it is studying whether to change the rules after the Germanwings disaster.

"We are waiting for the conclusions of the investigation underway and, if it's necessary, the safety rules will be reviewed," European Commission spokeswoman Mina Andreeva told a news conference.

Airlines that already adhere to a rule of two include Ireland's Ryanair, Finland's Finnair and Spanish carrier Iberia.

The Lufthansa Group also said Friday it had created the new position of head of safety for the group, naming Werner Maas who would have "overarching responsibility to review and further develop flight safety procedures".

A similar decision was announced by Latvian airlines AirBaltic.

The two major Japanese airlines, JAL and ANA, told AFP they were not considering such measures at this stage.