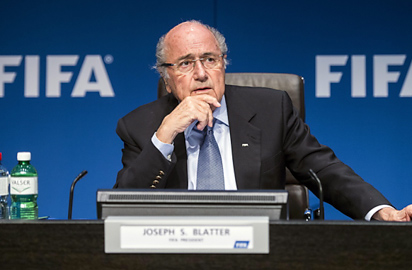 The 79-year-old is to address the 54-member nations of UEFA, knowing most of the delegates are backing the other three candidates: Jordanian Prince Ali Bin Al Hussein, Dutchman Michael van Praag and Luis Figo of Portugal.

Figo, who said he is financing his own campaign, added that nearly every football leader he meets declares a desire for change but he did not know whether federations would turn against Blatter.

Blatter is currently the favourite to win a fifth term at a congress on May 29, but has refused to speak at the same time as his rivals at the UEFA congress.

"If nothing happens, it is going to be like losing four years of trying to modernise, trying to have more transparency because things will continue the same," Figo told reporters.

"I am saying this to all the people I see in meetings and the feedback is positive.

"Most people say we think we need change, but you have to wait and see on May 29 if really they want change, or they want to continue to be managed like this," added the 42-year-old former Barcelona and Real Madrid star.

All three opponents say they are standing because of FIFA's tarnished image after a storm of controversy over the award of the 2022 World Cup to Qatar.

Figo, the Ballon d'Or winner in 2000, has promised more transparency and a greater say for national associations, as well as a 40 country World Cup.

Van Praag says he wants to cut costs and increase democracy. The 67-year-old former president of Ajax also said he would only stand for one four year term.

While Blatter has never faced such an array of challengers for the leadership of the richest sporting federation, he still has important backing in Africa and Asia.

"Sometimes you are afraid of change and the most important thing is to try to convince people that change is not a big deal," said Figo. 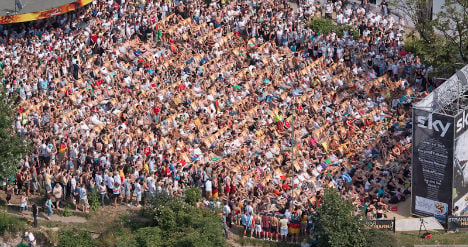