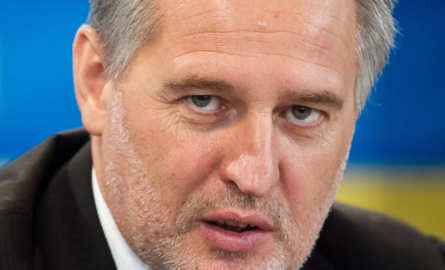 Serhiy Leshchenko, a government official in Kiev, said that the agency which is backed by Ukrainian oligarch Dmitry Firtash is a blatant attempt to restore his reputation and prevent him from being extradited to the US.

Firtash has been a fugitive in Vienna for over a year and is fighting extradition for fraud charges in the US. Speaking at a conference to launch the new agency on Tuesday, he said that Ukraine is close to collapse and that power must be devolved to the regions if it is to modernise. He added that up to $300 billion of new investment is needed to help reconstruct the country.

"In my view, from Firtash’s side this is simply an attempt to restore his reputation and artificially create a discussion, so that he won’t be handed over to the FBI – instead he hopes to become some high-up official in Ukraine," Leshchenko, an MP with President Petro Poroschenko’s party, was quoted as saying by Austrian broadcaster ORF.

Pro-European MP Wiktorija Wojzizka told Ukrainian radio station Svoboda that she believed Firtash and his supporters were "trying to buy goodwill and loyalty in Europe, especially in Austria, to avoid extradition to the United States" and added that the agency was merely a public relations ploy, set up to “whitewash” allegations of corruption.

Firtash is seen by many as an influential go-between in relations between the Kremlin and Kiev, but his critics say he is pro-President Putin.

He led talks to bring together politicians from Germany, France and the UK to put together the new AMU, which has the support of the Trade Unions of Ukraine and the Federation of Employers.

President Poroschenko is also reported to have given his backing to the new plan.

French philosopher Bernard-Henri Levy and German politician Karl-Georg Wellman are co-founders and advisers to the agency alongside the UK’s Lord Risby, who is chairman of the British Ukrainian Society.